You are here: Home / How to Be Remarkable

How to Be Remarkable 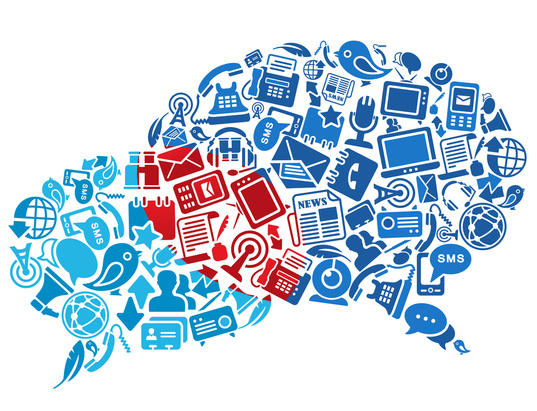 …And Why it Matters

I think the purpose of life is, above all, to matter; to count, to stand for something, to have made a difference that you lived at all. – Leo Rosten

Maybe you didn’t change the world, but you changed somebody’s world. – Brendon Burchard

What does it really mean to ‘make a difference?’

Do you “matter” if you’re invisible to others?  It’s kind of like that question, “if a tree falls in a forest and no one hears it does it make a sound?”

Can you ‘leave your mark’ in this life, can you be remarkable, if no one is remarking about you?

While it’s important to be remarkable in your own eyes, making a difference by definition means being seen as remarkable by others. And, in order to be remarked upon, you’ve got to get in front of people – you have to be visible.  In the past that may have literally meant a soapbox on the corner where one attempted to influence by hollering at whomever happened to walk past.

But, today, it’s about getting in front of the right people – your people.

This is the primary reason we are passionate about content marketing.

Using content marketing on the Internet, you can reach the right people – people who might find your particular voice and message remarkable. Content marketing allows you to build a tribe while simultaneously building a business.

A tribe is not just an “email list.” You’ve got to have an engaged, interactive list. If you have a list of readers who are active, then you have a perfect audience to test the “remark-ability” of your ideas and products.

How do we create remarkable things? Is it the luck of the draw, fate, or just connections that make some people or products remarkable? Let’s find out.

How to Discover Why You’re Here

We’re here to improve our own lives and the lives of those around us. We know when we’re doing work we feel matters, but how do we gauge if we’ve touched others and done something that matters in their lives?

We know because we get feedback. People remark about us, and about our work.

Being remarked-about is a way to know you are making a difference. So, how do we become remarkable?

A friend of mine wasn’t feeling very remarkable a while back.

She told us as much in one of the forums I hang out in.

Here’s what she wrote:

I go out and do something I think is amazing. Stuff that no one has done before. And often it seems like almost no one cares or thinks it’s remarkable. Or a very small group anyway. Then someone else goes out and does something similar a year later and makes ten million dollars.

Maybe I’m just not remarkable. If so, then what?

Can You Measure Remarkable?

Seth Godin apparently now officially owns the word “remarkable” after the success of his most popular book, The Purple Cow.

In an article for FastCompany magazine, Seth defines remarkable:

The world is full of boring stuff – brown cows – which is why so few people pay attention. Being remarkable is the art of building things worth noticing right into your product or service.

A Purple Cow would really stand out. The essence of the Purple Cow – the reason it would shine among a crowd of perfectly competent, even undeniably excellent cows – is that it would be remarkable. Something remarkable is worth talking about, worth paying attention to. Boring stuff quickly becomes invisible.

A lot of people misunderstand Seth. To them, it sounded like he was suggesting you had to do something outrageous – get “talked about” – in order to sell stuff.

And Seth has something to say about that, too:

Being noticed is not the same as being remarkable. Running down the street naked will get you noticed, but it won’t accomplish much. It’s easy to pull off a stunt, but not useful.

To me, remarkability requires two things: First, you bring a level of engagement to your work (or your “art” as Seth calls it) – create something good; and second, you have a willingness to let an audience tell you what they find valuable about it.

My friend who wasn’t feeling remarkable creates work that’s both good and remarkable.

The challenge was, her work just wasn’t yet remarked-about.

What if You’re Just Not That Remarkable?

It can be difficult to know what is remarkable about yourself or your own work.

That’s because few of us can create in a vacuum. We need others to see and respond to our work.

Some people just don’t have the ability to see how others perceive their work, so they use the only visible measure there is: “will they pay me?”

Is being paid for your work a reliable sign of remark-ability?

Being remarkable is often different than being paid; I think we’ve all seen examples of remarkable artists the critics may love, but who labor on in poverty.

The Ladder of Remarkability

If you want to eventually be paid millions of dollars for your work, you’ve got to climb the ladder.

Rung 1: Create something good: from the seed of a great idea in a blog post to an innovative, relevant product.

Rung 2: Paint it purple. It is not enough to just be good.  What will you do that will cause your tribe to see you and take notice?

Rung 3: Put it in front of an audience – preferably your own active audience.  Don’t be a tree in an empty forest. Get some feedback. Listen and watch for responses. Is your idea or product remarked-about? Does anybody want to “tweet” it on Twitter, or “like it” on Facebook?” Do people comment in your blog comment section? If not, maybe it is not “purple” enough.

Remarkability is not instant – it often comes only after responding to what your audience tells you about your product. Once you find the right message – the message your tribe will pick up as a mantra, then you can start planning for remarkable paydays.

One of last year’s best marketing books was The Micro-Script Rules. Bill Schley’s subtitle for that book really says it all: “It’s not what people hear, it’s what they repeat….”

So, if someone else is pulling in $10 million with something very similar to what you’ve been laboring on in obscurity over, what’s the difference between you and them? Are they personally more remarkable? Probably not. But their messaging clearly is.

Those with remarkable products either have the ability to put themselves in the customer’s shoes – their mindset and/or worldview – and become remarked-about, or they hired someone who did it for them. This is why the world pays designers and copywriters.

If anyone can put the finishing touches on our chat about remark-ability, it’s Mr. Godin. We’ll close with a relevant blog post of his from a few years ago:

If the marketplace isn’t talking about you, there’s a reason.

If people aren’t discussing your products, your services, your cause, your movement or your career, there’s a reason.

Remarkable is a choice.

1. Find what matters and is remarkable to you, and get perspective about that.

2. Create something good. You have to have value first.

3. Get in front of the right people – your people – and listen to them.

4. Infuse it with some purple. Which shade of purple?  Well, you’ll have to work that out.